Heads Up, Drinkers: Government Says You're Paying Too Much

Intentionally or not, the federal government may have landed on an issue that can bring the Right and Left together: the price of beer, wine, and spirits. The Department of Justice and Federal Trade Commission are following up on concerns and recommendations shared last month by the Treasury Department that the industry is too concentrated.

Treasury’s report says beer drinkers alone may be paying as much as $487 million more a year than they should. Prices for wine could be overpriced by 18% and spirits by more than 30%, Treasury says, and suggests potential remedies to stimulate competition in this $250 billion market.

In July 2021 President Biden directed Treasury via Executive Order 14036 to examine and report on the market's competitive landscape in consultation with the Attorney General and the Chair of the FTC. Specifically, the president asked for an assessment of threats to competition and barriers to entry.

Treasury writes in its 64-page report about two significant industry trends. The first is the explosion of small and craft producers of beer, wine, and spirits. There were only a small number of these in the 1970s. Today there are more than 6,400 breweries, 6,600 wineries, and 1,900 distillers, the report says. [The number of breweries is likely in excess of 9,000, however. Read below.] These companies have built a strong global reputation for quality, craftsmanship, and innovation bringing a variety of new products to market, according to the government. 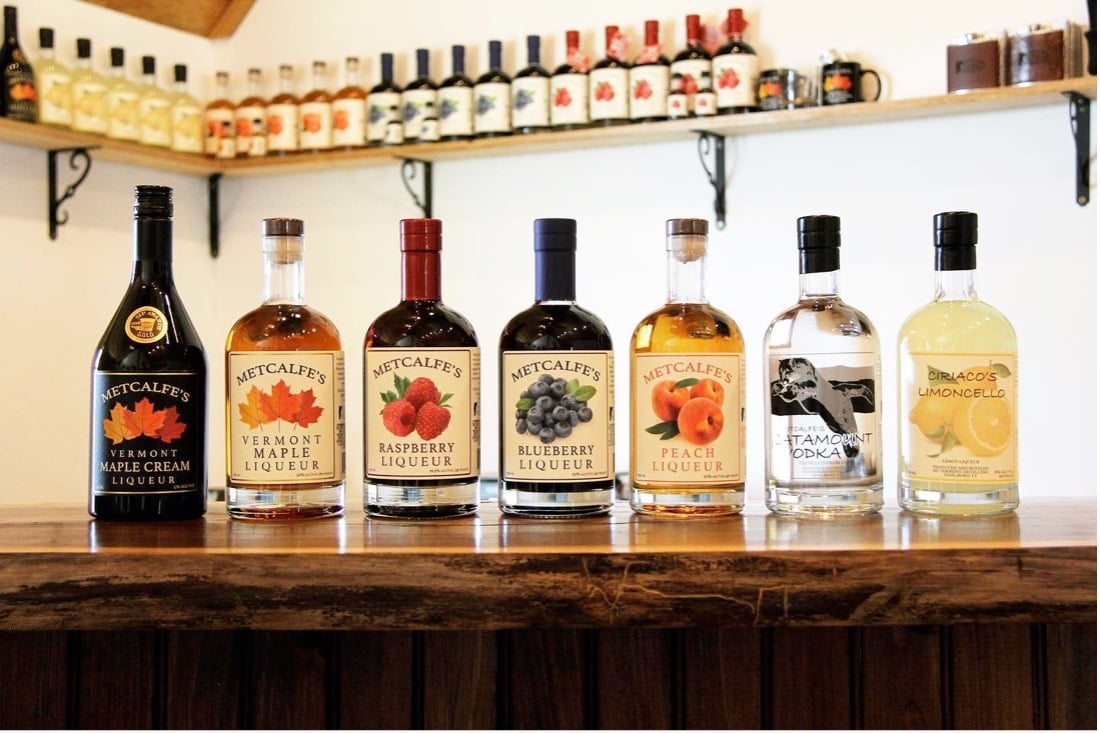 The Metcalfe Family's Vermont Distillers – operated by Ed Metcalfe and his sons Gus and Dominic – is an example of the type of small innovative spirits producer the government feels will benefit from a more level playing field in this highly concentrated industry. Photo by Dominic Metcalfe and used with permission.

The second trend is consolidation in the distribution and retail sales of beer, wine, and spirits. Consolidation of beer producers continues and, in many states, distributors are consolidating, too. Treasury says two brewers have dominated the U.S. beer market since 2008, Anheuser-Busch InBev Worldwide, Inc. (ABI) and MillerCoors, which account for 65% of the market. But their flagship beers -- Budweiser, Bud Light, Miller, Coors -- have been steadily losing popularity as consumers are lured away by the unique taste and variety of craft brews.

Unwilling to relinquish market share and the corresponding market power, ABI has become a serial acquirer, purchasing 14 craft breweries since 2011. “Studies have shown direct links between major brewery mergers and an ability to raise prices in the markets in which they compete,” the Treasury report reads.

Some of Treasury’s other observations include:

ABI’s buying spree of craft brewers shows how a dominant company in a concentrated market can keep a tight grip on its power through relatively minor acquisitions, deals that individually may not draw antitrust scrutiny.

Rather than compete with craft brewers nibbling away at its market share, ABI just buys them. One of the important themes of the DOJ’s Horizontal Merger Guidelines is that “mergers should not be permitted to . . . entrench market power or to facilitate its exercise.” Read my previous post on the beer market.

Treasury’s report drew negative reviews from the Beer Institute, whose members are brewers of all sizes. The organization’s president, Jim McGreevy, said the American beer industry is “one of the most vibrant” in the country. He said more than 10,000 new breweries were permitted since 2010. He also said the industry supports millions of jobs across industries – from agriculture to transportation – and contributes more than $331 billion to the economy. “Consumers are benefiting from the growing number of brewers and beer importers, with more choices for beer than at any other time in our nation’s history,” he said. Of course, boasting about the powerful size of the industry may not be the best argument, since it is dominated by two players.

John Bodnovich, executive director of The American Beverage Licenses association, was critical of the report, hailing the level of competition and the reliability of the products produced by his members, particularly in preventing counterfeit, tainted or illegal products. He also said Treasury, in examining the direct-to-consumer market, relied on an old study of a single local market.

The beer, wine and spirits industry presents an interesting paradox: an industry that is overpriced and highly concentrated that is simultaneously experiencing increased entry (even accounting for serial acquisitions by large incumbents) and relatively low barriers to entry.

There is some oddity in this industry that enables large incumbent firms to maintain artificially high prices despite a growing number of entrants. The DOJ should identify why this quirk is and, if possible, craft a remedy that targets this problem.

Participants in this industry can expect proposed changes in the laws and regulations they operate under today, even though the larger players will likely oppose them or try to water them down. If this report is any indication, though, positive change is likely for small producers and consumers of their favorite beverages.

Tim's practice focuses on antitrust, unfair competition, and complex business litigation, particularly as they relate to mergers and acquisitions. His prior experience includes helping secure several multi-million-dollar recoveries for shareholders in merger-related class action litigation. Through his extensive experience in complex litigation, he has developed an expertise and proficiency in electronic and other discovery-related issues.