Viamedia Case Against Comcast Moves Ahead

On Feb. 24, 2020, the Seventh Circuit U.S. Court of Appeals revived refusal-to-deal and tying claims brought against Comcast Corp. by Viamedia Inc. The case drew significant attention from antitrust practitioners given its potential impact on the viability of refusal-to-deal claims brought under Section 2 of the Sherman Act, which has long been the source of debate among antitrust practitioners. Comcast recently said it will ask the Supreme Court to review the Seventh Circuit’s decision. 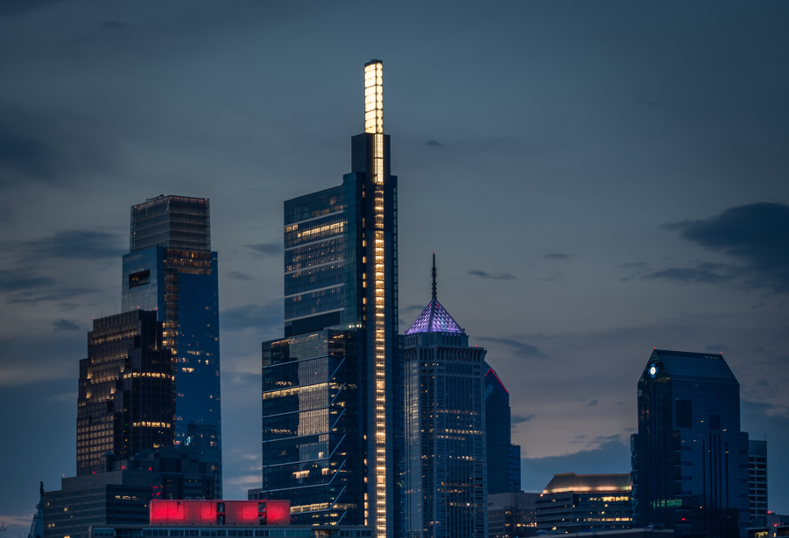 Cable companies generate revenue by selling slots for commercials on their programming to advertisers. A portion of these commercial slots are sold through regional “interconnects,” which collect time slots from unaffiliated cable systems in the same demographic market. The interconnect stitches the available time slots together and sells them as a package, allowing a regional advertiser to reach all cable households in a particular market with one “buy,” irrespective of which local cable company serves the household. Participation in an interconnect gives a cable company access to significant spending by regional and national advertisers and is often necessary for a cable system to remain competitive. The interconnect itself is a two-sided platform that facilitates the transaction between advertisers and the cable systems in a region, the value of which increases with the number of cable providers in a region that the interconnect can offer advertisers.

Comcast, the second largest cable provider in the U.S., serves about 20 million subscribers. It is the dominant provider of cable service in many U.S. demographic markets, including the Chicago, Detroit, and Hartford metropolitan areas. It is also vertically integrated because it operates the interconnects in those markets. It also offers ad representation services, used by cable systems to sell time to advertisers and to place their commercials with the interconnect.

Viamedia also offers ad representation services and competed against Comcast in the Chicago, Detroit, and Hartford markets. In each geographical market, Viamedia and other ad representatives must be able to offer access to the interconnect to remain a viable competitor.

The district court interpreted the complaint as alleging three types of conduct that potentially violated Section 2 of the Sherman Act: (1) refusal-to-deal, (2) exclusive dealing, and (3) tying.

U.S. District Judge Amy J. St. Eve of the Northern District of Illinois granted Comcast’s motion to dismiss the refusal-to-deal claim, finding the claim failed because the complaint did not “explain[] how Defendants’ refusal to deal . . . has no rational procompetitive purpose” and that Comcast’s refusal “offers potentially improved efficiency” because it removes Viamedia as a middleman.

In a detailed and well-researched opinion issued on February 24, 2020, the Seventh Circuit reversed the district court’s decision on both claims. The court held that refusal-to-deal claims can exist under Supreme Court precedent where: (1) there is a preexisting relationship between the parties that indicates joint dealings were efficient and profitable; (2) similar joint agreements are used in comparable markets; and (3) evidence indicates defendants sacrificed profits to harm rivals. If these factors are present, then the court should analyze potential procompetitive justifications. But, the court held, whether procompetitive justifications exist is a factual question that should not be resolved on a motion to dismiss. The Seventh Circuit determined these factors were present and, therefore, the lower court erred when dismissing Viamedia’s refusal-to-deal claim.

Comcast argued that a factual dispute regarding the existence of procompetitive justifications is appropriate for resolution on the pleadings, a pleading standard supported by a Statement of Interest filed by the DOJ. But the Seventh Circuit explicitly rejected the notion that a defendant need only provide evidence of a potential procompetitive justification to defeat a refusal-to-deal claim at the pleading stage. The Court explained this standard was inconsistent with Twombly and that other cases cited by defendants in support of such a test, like Novell, Inc. v. Microsoft Corp., involved the sufficiency of the evidence after trial.

The Seventh Circuit also rejected the summary judgment standard applied by the district court, which required plaintiffs in Section 2 cases to present evidence that “tends to exclude the possibility” that a monopolist’s conduct is just “as consistent with competition as with illegal conduct.” The court focused instead on “whether Viamedia has presented evidence to establish a genuine dispute of material fact as to whether Comcast engaged in exclusionary conduct forbidden by Section 2.” Viamedia had presented such evidence, the court held, reversing the summary judgment granted to Comcast on the tying claim.

Comcast has clarified it will seek Supreme Court review of the Seventh Circuit’s decision. In a late April filing, Comcast wrote that this case presented concerns of “nationwide importance,” regarding when and how competitors must cooperate with one another. Comcast also asked the district court to stay the case until the Supreme Court reviews its petition, which is due on September 4th. Viamedia has opposed the stay and asked for the case to proceed as scheduled, arguing Comcast is delaying the case unnecessarily and depleting the litigation resources of a less well-fortified rival.

There are reasons to believe the Supreme Court will grant certiorari. Chief among them is the conservative majority on the Court, a member of which, Justice Neil Gorsuch, authored Novell – a significant loss for the plaintiff in an important refusal-to-deal case.

The Seventh Circuit’s decision marked an important development in the viability of monopolization claims premised on refusal-to-deal theories. Adherents of the Chicago School have argued, with some success, that such claims are frequently baseless because most refusals-to-deal are in the economic self-interest of the parties. Because such conduct can be pro-competitive, it is argued, refusal-to-deal claims are not likely to play a meaningful role in Section 2 enforcement. But the Seventh Circuit seemed to reject such an overly rigid approach, holding instead that refusal-to-deal theories can support Section 2 claims where plaintiffs allege the parties engaged in prior, voluntary, and profitable dealing; that such conduct occurs in similar markets; and that defendants stopped this conduct to harm rivals. Such conduct is directly relevant to the primary issues underlying a Section 2 claim: whether a defendant willfully acquired or maintained monopoly power in a relevant market and caused antitrust injury (i.e., harmed competition).

But the decision begs the question of the appropriate role of market power when analyzing the legality of vertical restraints. If similar conduct by a vertically integrated non-monopolist produces a similar anticompetitive result (foreclosing a non-integrated rival from a significant portion of the market), should such conduct be reached by Section 1? The Seventh Circuit seemed to think not, writing, “A firm’s market power is important because, without it, a firm will have little to no ability to distort or harm competition ….” This dicta in the context of vertical mergers or agreements has been largely disproven by economic research into the effects of vertical restraints. Anticompetitive vertical restraints imposed by monopolists, as in the refusal-to-deal conduct alleged in the Comcast case, can offer a clear-cut case for relief; but, this does not mean that antitrust laws should not also exclude equally harmful restraints imposed by vertically integrated, large non-monopolists.

Edited by Tom Hagy and Christina Tabacco for MoginRubin LLP.

Co-Founding partner Jonathan Rubin focuses his legal practice exclusively on antitrust and competition law and policy. Based in Washington, DC, he has litigated and led trial teams in major antitrust cases throughout the country.