An administrative hearing is not just a show trial.

A decision by the Federal Trade Commission to challenge a proposed transaction as unlawful under antitrust laws, and setting the matter for a hearing before an FTC Administrative Law Judge (ALJ) spells the end of the road for the case, if the parties are unwilling or unable to submit to an extended administrative proceeding. 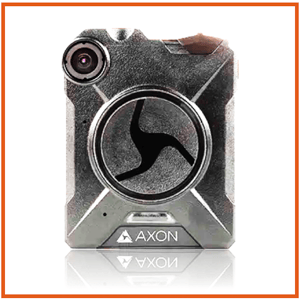 The 2015 proposed merger between Comcast and Time Warner Cable, for example, was abandoned shortly after the Commission referred the deal to an ALJ. The procedure, based on the same Article II Constitutional authority as the FTC itself, would have required the parties to defend their transaction in a lengthy administrative hearing before going to court. Parties can appeal an adverse decision by the ALJ to an Article III federal appeals court; in the meantime the transaction has to be litigated at the agency. Comcast and Time Warner Cable abandoned the merger rather than endure a length period of uncertainty that stakeholders and financial markets would have found undesirable.

By contrast, if the deal had been reviewed by the Department of Justice, the Antitrust Division would have had to bring suit in a district court to stop it. The DOJ has no authority to refer a case to an internal administrative hearing first.

Thus, the agency with purview over a transaction can mean a world of difference for the companies involved. When the FTC challenged the 2018 acquisition by body-cam maker, Axon Enterprise Inc., of its smaller competitor, Vievu LLC, and demanded that Axon spin-off Vievu and provide it with intellectual property, the Commission set the matter for administrative hearing instead of filing suit in federal court to obtain an order of divestiture.

Axon could have either defended its transaction before the ALJ and appealed an adverse decision to the federal courts or agreed to divest the assets thereby settling the FTC’s complaint. But it did neither. Axon instead attacked the legitimacy of the forum. Likening the proceedings to a “kangaroo court,” Axon claimed its constitutional due process and equal protection rights were violated because the decision whether to assign clearance to the DOJ or the FTC is arbitrary, appearing to be made “by a coin flip.” The harm, according to Axon’s counsel, was inflicted as soon as Axon first had to participate in the administrative proceeding.

Rather than deny Axon its day in court, the judge said, the FTC’s administrative procedure would give Axon several “days in court,” with a chance of finding a sympathetic ear along the way.

A panel of the Ninth Circuit affirmed, agreeing that the district court lacked subject-matter jurisdiction. The FTC Act suggests that Congress impliedly barred jurisdiction in the district court and required parties first to move forward through the agency proceeding. Writing for the majority, Judge Lee cited case law for the proposition that federal courts require litigants who unsuccessfully challenge the constitutionality of an initial tribunal to endure the proceeding and await possible vindication on appeal. “In other words,” the court said, “Axon has no right to avoid the administrative proceeding itself.”

To determine whether Congress impliedly barred district court jurisdiction until the conclusion of the administrative process, the court relied on the so-called Thunder Basin factors: i) whether the procedure allowed for meaningful judicial review, ii) whether the claim is collateral or central to the statutory scheme, and iii) whether the agency brings any useful expertise to bear on the resolution the issues.

“… [B]ecause the FTC statutory scheme ultimately allows Axon to present its constitutional challenges to a federal court of appeals after the administrative proceeding, Axon has not suffered any cognizable harm,” the court held.

“We join every other circuit that has addressed a similar issue in ruling that Congress impliedly stripped the district court of jurisdiction.”

Judge Bumatay disagreed in part with the majority opinion on constitutional grounds. “By forcing Axon’s claims into the FTC administrative process, we effectively shut the courtroom doors to a party seeking relief from alleged constitutional infringements. Now,” he wrote, “Axon’s only recourse is to antagonize the FTC into prosecuting the enforcement proceeding against it and then lose in that forum—all the while, further subjecting the company to the harm it seeks to avoid.”

Judge Bumatay seems to have been impressed with the strength of Axon’s constitutional challenges based the arbitrariness of the division of labor as between the DOJ and the FTC, the “double” employment layers that allegedly infringes on the Article II authority of the president, conflict created by endowing the agency with investigative, prosecutorial, and adjudicative powers. Not many years ago, the constitutionality of administrative proceedings would have been widely accepted. It remains to be seen whether the arguments raised by Axon will ever to amount to a serious constitutional challenge.

For one thing, Axon’s claims lack factual support, including the supposed arbitrariness of the sharing of merger review duties between the FTC and the DOJ. The two agencies have built up a record of expertise in different industries and each exploits the strength of their own institutional knowledge. Antitrust experts become familiar with the different strengths developed by the two agencies over the years. The burden sharing arrangements may not be formulaic, but they are far from arbitrary.

Axon’s disdain for FTC administrative proceedings is also hard to support. An ALJ proceeding is not a “show trial,” but a serious endeavor to ensure that the parties have a fulsome opportunity to understand the Commission’s objections and to plead its best case to rebut them.

After all of this, capped off by the Ninth Circuit’s decision and as we predicted, Axon is now back where it started: defending the merits of its merger as a dominant supplier with its closest competitor before and ALJ and FTC staff armed with a solid case that Axon’s transaction was anticompetitive.