How Many Uninjured Parties is Too Many for Class Cert?

Interestingly, the parties had not requested en banc review. According to the order entered April 28, 2021 in Olean Wholesale Grocery Cooperative Inc. v. Bumble Bee Foods LLC (Case No. 19-56514, Dkt. No. 101, 9th Cir., April 28, 2021), “a judge of this court has called for a vote to determine whether this case should be reheard en banc.” The order gives the parties’ counsel 21 days to file simultaneous briefs. 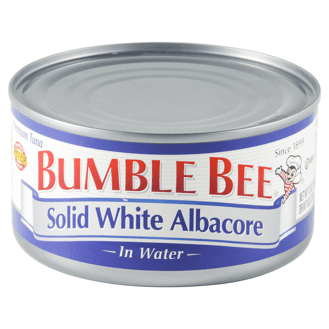 The sole issue on rehearing would be “whether Federal Rule of Civil Procedure 23(b)(3) requires a district court to find that no more than a ‘de minimis’ number of class members are uninjured before certifying a class.” The panel’s decision interpreted Rule 23(b)(3) to require a proposed class to be defined so as to exclude class members who did not suffer legal injury caused by the defendant’s wrongdoing. According to the decision, a class that includes more than a de minimis number of uninjured members infers that issues common to the class do not predominate over individual issues, so a district court may not certify the class. While it didn’t draw a bright line, the decision suggests the de minimis threshold would top out at about 5% or 6% of class members, while 12.7% would likely be too many.

The relevant requirement of Federal Rule of Civil Procedure 23(b)(3) is that “the questions of law or fact common to class members predominate over any questions affecting only individual members.” Nothing in the rule suggests that the presence of some number of uninjured parties within the proposed class should determine whether “questions affecting only individual members” predominate.

Indeed, focusing on how many uninjured class members might be included in the class definition ignores the volume of commerce potentially unaffected by the antitrust violation. It is conceivable that while 12.7% of class members appear uninjured, the volume of commerce accounted for by those parties could be de minimis relative to the total commerce affected by defendants’ violation. We say this not to suggest substituting an “affected commerce” test for the de minimis test articulated in the opinion, but to highlight the arbitrary nature of the Olean court’s focus on the number of class members. Indeed, the Merriam-Webster Dictionary defines predominance as “having superior strength, influence, or authority” and “being most frequent or common.” Under the plain language of Rule 23, something akin to a clear majority should satisfy predominance; it certainly doesn’t mean that if “only” 83.3% of class members suffered injury the court should deny certification on grounds that common issues lack predominance.

As we wrote in an article for Law360, the de minimis requirement is a “stunning repudiation of the design of Rule 23.” In addition to relying on an arbitrary metric (potential number of class members with no recoverable damages), Olean’s de minimis test also contradicts the well-settled principle (expressly acknowledged by the Olean court) that variations in the extent of each class member’s injury does not defeat predominance. By requiring no more than a small number of class members that potentially have suffered no injury, the new de minimis rule needlessly distinguishes between class members that have suffered minor or trivial injury from those that suffered no injury at all. The presence of individualized damages does not defeat predominance (and, thus, certification), so it is not at all clear why the presence of members whose damages are zero, even a large minority of them, should.  As we previously wrote, the antitrust laws are remedial, and deterrence is an important underlying policy. The law has previously effectuated these goals by means of liberal interpretations in favor of class members. The upshot of this decision is to not to protect against recovery by uninjured parties but rather to penalize the clear majority of class members by denying certification.

In his dissent from the panel’s decision, U.S. Circuit Judge Andrew Hurwitz observed that the critical question “is not what percentage of class members is injured, but rather whether the district court can economically ‘winnow out’ uninjured plaintiffs to ensure they cannot recover for injuries they did not suffer. … If the district court can ensure that uninjured plaintiffs will not recover, their mere presence in the putative class does not mean that common issues will not predominate.” The presence of uninjured class members, he wrote, merely reflects the possibility that “an injurious course of conduct may sometime fail to cause injury.”

The panel’s decision creates an additional hoop for plaintiffs to jump through, punishing the victims more than those who inflict the antitrust injury. Competition law is already facing criticism that it is weak and ineffectual. The panel’s decision in this case only undermines the efficacy of American antitrust law even further. We argued in our article that en banc review is warranted and we are encouraged that the panel has called for briefs on the question.