Two of the three dominant college textbook publishers – McGraw-Hill Education, Inc. and Cengage Learning Holdings II, Inc. – have agreed to merge. The U.S. Department of Justice is reviewing the merger. The DOJ is expected to approve the deal with minimal divestiture and the negative ramifications will be significant. 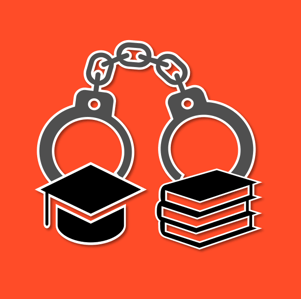 The transaction will create a duopoly in the college textbook publishing market, as the post-merger entity and Pearson will control more than 85% of the market. These behemoths plan to use their vast catalogs to pivot to “inclusive access” fees, which force students to purchase temporary access to a catalog of materials each semester.

If adopted, the inclusive access fee model will harm competition and student-consumers. This model will push smaller publishers out of the market because they do not possess enough titles to compete. It will eliminate rival college textbook retailers because students will purchase digital access directly from publishers and universities. And it will eliminate the secondary/used textbook market because students will have nothing to resell at the end of the semester. Although digital materials can be cheaper than new hardcopy textbooks, they are generally more expensive than used textbooks and prevent students from recouping costs by selling textbooks at the end of a term.

A group of textbook resellers apparently agrees. On Jan. 22, 2020, a group of them filed an antitrust class action in U.S. District Court for the District of Delaware against Cengage, McGraw-Hill, and other large textbook publishers and retailers, arguing these companies are attempting to monopolize the markets for college textbooks and inclusive-access fee arrangements. The resellers brought claims under Sections 1 and 2 of the Sherman Act, Section 2 of the Robinson-Patman Act, and several state laws.

Although well intentioned, the resellers’ complaint has a serious deficiency: it does not specifically ask the court to stop the merger.

The deal will not only create the duopoly but will give the post-merger entity the scale to implement the inclusive-access model. Unless the merger is stopped, rival resellers and publishers will be at the mercy of the duopolists regardless of the outcome of this litigation.

Put simply, the resellers identify the anticompetitive symptoms but fail to challenge their root cause.

For additional insights and background, see our previous post on the merger: Colleges, Students Tell DOJ McGraw-Hill/Cengage Merger Would Create a Textbook Duopoly.