The Federal Trade Commission (FTC) is challenging Illumina Inc.'s $1.2 billion acquisition of Pacific Biosciences of California Inc. (PacBio), calling it an unlawful attempt by Illumina to maintain its monopoly over the U.S. market for next generation DNA sequencing (NGS). In their case, antitrust enforcers in the U.K. say the effects would be global; that the acquisition would increase prices and dampen competition and innovation. The U.K. action sparked a lengthy response from the companies which argue that the deal is good for the industry and the customers it serves, offering a preview of the kind of pushback the FTC can expect.

As we wrote in our Nov. 11 post, antitrust issues have not made headlines in the emergence of the life sciences industry, where competition has generally played out in intellectual property battles. But venture capital firms changed their "incremental organic growth" strategy to one of "grow fast and dominate." Just as it has in the tech industry, this philosophy may lead to more of the kind of antitrust scrutiny the Illumina/PacBio deal is drawing. Notwithstanding the FTC's move, private actions by competitors, customers or others opposing the purchase remain a viable opportunity to influence both the outcome of the DNA sequencing markets and, more generally, the application of competition law in life sciences. 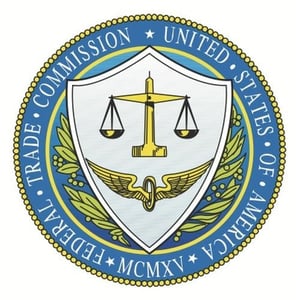 The FTC, which says the deal could "substantially lessen" competition in the U.S., authorized staff to seek a temporary restraining order and a preliminary injunction in federal court to maintain the status quo pending the administrative proceeding. The FTC's vote was unanimous. The administrative trial is scheduled to begin on Aug. 18, 2020.

U.K. and the companies at odds over the impact on competition and innovation.

The deal is being challenged in the U.K. as well, where Illumina and PacBio have given a preview of the types of defenses the FTC might expect in its merger challenge.

On Oct. 24 the U.K. Competition and Markets Authority (CMA) concluded that the merger would reduce competition globally and drive up prices of NGS systems in the U.K. “We provisionally conclude," the CMA said, "that the adverse effect arising from the identified [substantial lessening of competition] would be that the Merged Entity would have less incentive to compete and that this would result in reduced choice, an increase in prices, deterioration in quality, deterioration in service and/or loss of innovation or re-focus their own innovation.” The CMA added that there is little evidence that the merger would produce any rivalry-enhancing efficiencies from coordinated solutions with other companies.

The CMA offered a number of potential remedies, saying it prefers to block the deal altogether rather than regulating the parties' behavior or simply requiring some level of divestiture. The CMA says, for example, that divestiture of part of PacBio will not work because of "the degree of operational overlap between functions in each business, the complete integration of sequencing systems within the businesses, and the fact that R&D and innovation-related activity is a centralized process which affects each company’s global offering." 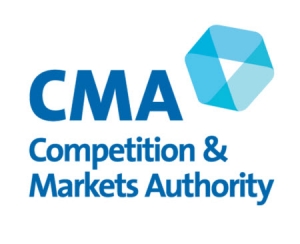 Nor would requiring divestiture or licensing of intellectual property be effective, the CMA said. "[W]hile IP is an important asset to both companies, they have other important assets including the know-how and expertise of staff in the business, all of which combine to provide their overall offerings," the CMA said.

Adding certain behavioral requirements would likely not work either, the CMA determined. "Given the dynamic nature of the market and the importance of innovation and non-price competition, any behavioral remedy would face acute specification and circumvention risks that would be likely to render it ineffective." The CMA said it was open to proposals, however.

On Dec. 10, attorneys at Covington & Burling LLP filed a response on behalf of the companies -- likely forecasting arguments they will raise in the U.S. -- maintaining, among other things, that:

Headquartered in San Diego, Illumina is on a healthy growth path. It generated revenues of $2.75 billion in 2017 and $3.3 billion in 2018. It controls 80% of the global market and 90% of the U.K. Market. PacBio, a California-based company headquartered in Delaware, is having a tough time. It generated $93.5 million in 2017 and dropped to $79 million in 2018. With Illumina in the number one position, Pacific Biosciences ranks a distant seventh following, based on 2017 numbers, Thermo Fisher Scientific ($418 million), BGI Genomics ($332.3 million), Agilent Technologies $230 million), Qiagen ($115 million) and Macrogen ($95.4 million), according to statistics compiled by Statista.