Anyone can see the problems with eyewear industry concentration.

The number of players in the rapidly consolidating $140 billion global eyewear market just dropped by one as the biggest player grew bigger. The European Commission has approved eyewear juggernaut EssilorLuxottica’s $8.5 billion acquisition of GrandVision under the condition that stores in Belgium, Italy, and the Netherlands are divested. Without that action the EC said the merged company would be able to use its position as the leading frames wholesaler to choke off supply to its competitors. 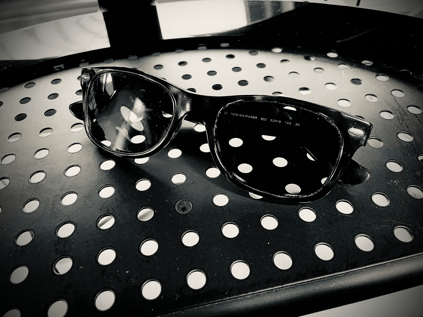 EssilorLuxottica, maker of 70 well-known brands such as Ray-Ban, Oakley, Michael Kors, Varilux, Transitions, and LensCrafters, is a $20 billion French-Italian company. It is the largest supplier of ophthalmic lenses and eyewear in the world. Based in Paris, this vertically integrated company also has a large retail footprint with 10,000 stores. EssilorLuxottica itself is only a few years old, being born out of a $49 billion deal struck in 2017.

GrandVision is a $4.7 billion Dutch-based retailer whose international store brands include Pearle, Eye Wish Opticians, Apollo-Optik, Générale d'Optique, GrandOptical, and Vision Express. It sells EssilorLuxottica products through its 7,000 stores.  The deal will give EssilorLuxottica nearly 77% control of GrandVision.

If you wear glasses, chances are very good that they are made by EssilorLuxottica.

For the deal to move forward:

In assessing the impact of the merger the EC considered the following:

It doesn't take an antitrust enforcer to see what's wrong with this deal.

In a 2017 segment of his television show, one commentator observed that the pace of new business startups was falling while the rate of mega mergers was climbing. He said some markets were “ridiculously consolidated,” giving as examples the airline, rental car, beer, internet search, and even the casket industry. “We’ve had antitrust laws on the books [in the United States] for more than a century,” the commentator said, adding that they are designed to strike a balance between economically sound mergers and consolidation that does harm. “When an industry gets too consolidated,” he said, “any company trying to compete with them or survive in their supply chain can get crushed.” Further, he observed, “Heavily consolidated industries can lose the incentive to innovate.”

These are wise words, but the commentator is not an antitrust enforcer or an economist. He is comedian John Oliver who dedicated his Sept. 24, 2017, segment of “Last Week Tonight with John Oliver” to the dangers of unchecked market consolidation. Oliver paid special attention to the then-proposed acquisition of Luxottica Group by Essilor International.

The comedian is famous for generating laughs with little more, for example, than a story about a pigeon loose in the Newark International Airport, as if the bird was trying to catch Delta's 4:40 flight to Cleveland. "Delayed again?!" the frustrated pigeon said. "Why do I do this to myself? I can fly! This makes no sense."  But in his 2017 show he demonstrated what made no sense about the Essilor / Luxottica merger. His humorous explanation embarrassed the FTC into issuing an unusual explanation for allowing the deal to go through.

On March 1, 2008, four months after Oliver’s show, the FTC defended its reasoning, pointing out the breadth and depth of its investigation. It cited its reliance on “quantitative models to analyze the potential vertical competitive effects.” Given Luxottica was (and remains) a dominant manufacturer, FTC staff examined the potential impact on the supply chain, but found that there were alternative suppliers and that its share of the retail market was too small (less than 10%) to be a problem. Given that, the merging parties wouldn’t be able to impose higher prices or reduce output on downstream rivals or consumers, the FTC reasoned.

As for horizontal retail competition, the FTC said staff concluded that Essilor also controlled less than 10% of the market, despite its control of the largest alliance of independent eyecare professionals in the country. The FTC said its staff “extensively investigated every plausible theory” and used “aggressive assumptions to assess the likelihood of competitive harm” before concluding that there was no reason to conclude the merger would harm competition.

According to 2018 statistics provided by the Jobson Optical Census of Retailers, there were more than 8,100 optical chain stores in the U.S., 3,900 mass merchant retail locations, 1,200 wholesale club locations, and some 900 department store locations that sell prescription eyewear. The number of stores is growing. In 2018 there were just over 14,000. Statista puts the 2020 number at nearly 15,000. About 5,400 stores, or more than a third, are owned by EssilorLuxottica.

“We have laws to prevent the worse effects of consolidation,” comedian Oliver’s rant continued. “And it may well be time to more aggressively use them to impose stricter standards and to empower the FTC and the DOJ’s Antitrust Division. And that is something most people would get behind. And nearly every politician should.” Note that Sen. Amy Klobuchar (D-MN) is very much behind the concept, and has introduced legislation to effect substantial change.

Oliver artfully explained why the Luxottica / Essilor deal was harmful. Now, just three and a half years later, this add-on acquisition of GrandVision only compounds the problem. And, from the perspective of the consumer, there is nothing funny about it.