What it Means for the Vertical Integration Trend

The Department of Justice (DOJ) and Federal Trade Commission (FTC) have released for public comment their joint draft guidelines which courts may also use in evaluating any anticompetitive effects of vertical mergers and acquisitions, such as when a product manufacturer buys a company that supplies that manufacturer as well as its competitors. The comment period ends Feb. 11, 2020. 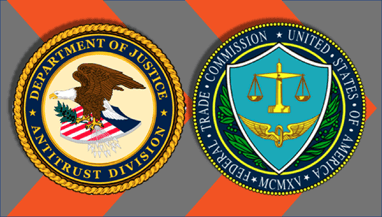 Release of the draft guidelines is welcome news for those of us in the antitrust community. The DOJ's 1984 Merger Guidelines -- the last to address vertical acquisitions -- were outdated.  Since then there has been mounting concern over the effect vertical consolidation is having on consumer welfare. The newly proposed guidelines would supersede the relevant portions of the 1984 guidelines.

The new guidelines are all about transparency, say the DOJ and FTC. They are intended to shed light on the government’s analysis of the effects of business deals on competition. In several cases the guidelines are just that – guidelines – the government emphasizes, saying they are designed to “assist the courts in developing an appropriate framework for interpreting and applying the antitrust laws in the vertical merger context.”

The agencies begin by explaining that they examine, in a given market, the various market participants, their respective market shares, and overall market concentration; that is, how many or how few companies control the market. The agencies use the HMGs to measure share and concentration, but they do not rely on “changes in concentration as a screen for or indicator of competitive effects from vertical theories of harm.”

The agencies give as an example an orange juice wholesaler that acquires orange groves. They would consider the percentage of the juice market the groves serve to determine whether any vertical acquisition harms competition.

The DOJ and FTC are careful to point out that the 20% mark is not meant as a “rigid screen” to determine what’s competitive and what’s anticompetitive, but one way of identifying concerns sufficient to spark further examination.

Evidence of anticompetitive effects include the types of evidence listed in the horizontal guidelines, such as actual effects of existing mergers, direct comparisons to other mergers, and evidence of the “disruptive role” a merging company plays in the market. In addition to examining market shares and concentration, the agencies consider evidence about competition among merging firms and their rivals. Evidence comes from merging parties as well as from customers, competitors, and market observers.

In a vertical merger the new company may “profitably weaken” or erase any competitive restraints created by rivals, for example, by raising the cost rivals pay for products they need to manufacture their goods or by simply refusing to supply them at all.

Economic models, of course, may be needed to quantify unilateral price effects of a vertical merger, the draft says, explaining that they “do not treat merger simulation evidence as conclusive in itself” and “place more weight on whether their merger simulations consistently predict substantial price increases than on the price prediction of any single simulation.”

Based on the guidelines, agencies and courts would want to answer questions like these:

The guidelines also discuss the impact of a new company’s sudden access to sensitive information about its upstream or downstream rivals, and using that information to harm to competition. This could be the case when a downstream rival to the newly merged company was a premerger customer of the upstream company. In other words, an orange juice company might acquire an orange grove that serves a competing juice company. After the merger, the new company will have access to the rival juice-maker’s private information.

In some cases, the new company may preempt or react quickly to a rival’s procompetitive maneuvers, the guidelines say. This could result in rival juice companies, for example, seeing less competitive value in procompetitive activity. They might even stop all business with the newly merged orange grove and orange juice company. These rivals may then become “less effective competitors” by being forced to rely on less preferred trading partners or paying higher prices to upstream suppliers.

In addition to independent price responses by non-merging firms, economic models can incorporate the elimination of “double marginalization” – that is, how two vertically related firms independently maximize profits.

When acting independently, a downstream company, like an orange juice company, doesn’t necessarily care about any benefits lower juice prices might have on the upstream supplier, such as an orange grove. In the case of a vertical merger, the agencies explain, double marginalization may be eliminated, so the new company will benefit from both margins. As a result, a price reduction could be profitable for the new company whereas it would not have been profitable before the merger.

“The Agencies will not challenge a merger if the net effect of elimination of double marginalization means that the merger is unlikely to be anticompetitive in any relevant market,” the proposed guidelines say. The agencies added by way of footnote that they also may consider elimination of double marginalization “that is not strictly in the relevant market.”

The agencies say that a vertical merger may reduce competition by “enabling or encouraging post-merger coordinated interaction among firms in the relevant market that harms customers.” They point to the HMGs for how they evaluate these situations. They highlight, though, that they are “more likely to challenge a merger on the basis of coordinated effects when the relevant market shows signs of vulnerability to coordinated conduct” and when they have a “credible basis on which to conclude that the merger may enhance that vulnerability.”

The Role of Market Mavericks

A merger that eliminates or impairs a market “maverick” can make a market more vulnerable to coordination and anticompetitive behavior. If a maverick is sidelined, it increases the risk of coordination among the new company and its rivals. A potential procompetitive, anti-coordination upside may be realized, though, if double marginalization is eliminated.

On a positive note, the agencies say, vertical mergers have the potential to create pro-competitive market efficiencies, like streamlining production, increasing distribution, and enabling new innovations. These are all good things for consumers.

Portions of the guidelines are lacking for advocates of more stringent U.S. antitrust enforcement. For example, they appear to provide a safe harbor for vertical mergers involving firms with market shares of less than 20 percent, meaning the effects of many vertical mergers will escape scrutiny altogether.

As Commissioner Rebecca Kelly Slaughter points out in her separate statement, the new guidelines also appear to require a degree of certainty prerequisite to enforcement action in a vertical merger investigation, which is inconsistent with the “incipiency” standard of Section 7 of the Clayton Act.

On a positive note, the joint guidelines reflect cooperation between the two U.S. antitrust enforcement agencies at a time when their relationship appears uncharacteristically fraught. We have seen agency disagreement over the approach to standard-essential patents, and the DOJ recently opposed the FTC’s position in the pending Qualcomm appeal. Notably, however, two Democratic FTC Commissioners abstained from the vote and issued separate independent statements.