Driven by competitive pressure and pandemic-related losses, Uber Technologies Inc. has expressed its intention to acquire competitor Grubhub Inc. to improve its position in the digital food-delivery market, where its Uber Eats service lost ground in 2019. A group of Democratic lawmakers says this is a “troubling,” opportunistic, and anti-consumer move that U.S. antitrust law enforcers should watch closely. 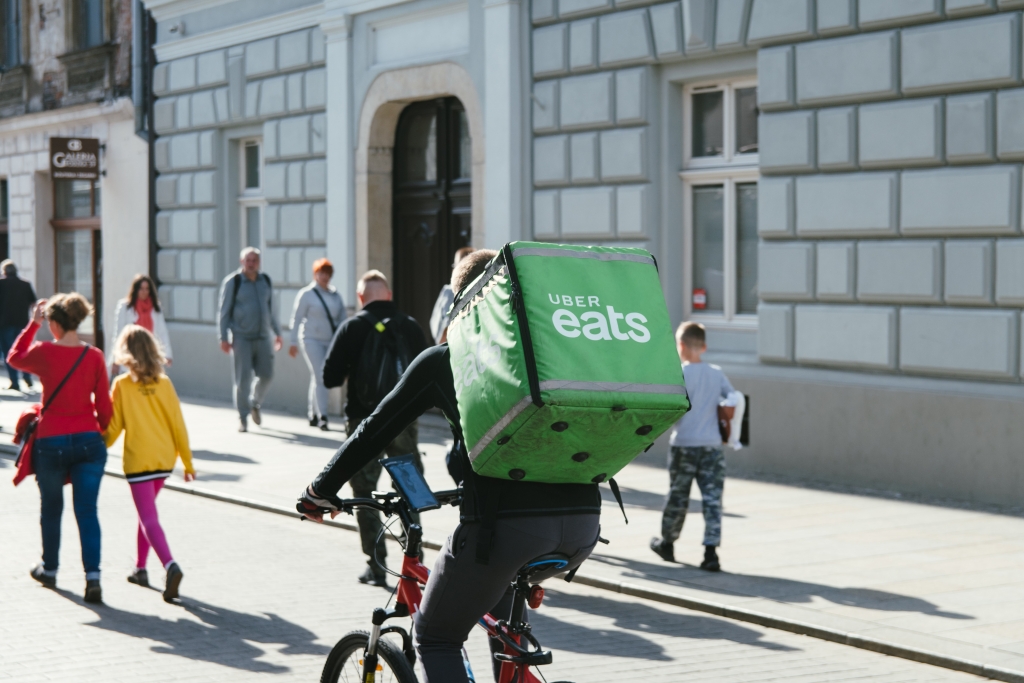 Photo by Kai Pilger on Unsplash

Sen. Amy Klobuchar of Minnesota, former presidential candidate and senior member of the Senate Antitrust Committee, another former presidential contender, Sen. Cory Booker of New Jersey, and Sens. Patrick Leahy of Vermont and Richard Blumenthal of Connecticut, urge the U.S. Department of Justice Antitrust Division and the Federal Trade Commission to scrutinze any potential deal. The lawmakers wrote in a letter to the agencies that they found “particularly troubling" Uber’s pursuit of Grubhub Inc. "during a pandemic, when consumer demand has increased and when restaurants are more desperate for revenue than ever.” They also shared worries of “exorbitant fees” Uber is reportedly charging restaurants, many of which are so starved for business they may be unable to recover.

Uber seemed to come out of nowhere in 2009 to disrupt the taxi industry with its ride-share app and business model. Now, the coronavirus pandemic has shaken up Uber, along with just about everyone else.

While Uber's ride-share operation has taken a hit, the situation for Uber Eats is much more appetizing. According to WSJ, "It has thrived as people stuck at home have relied on such services to get meals from some of their favorite restaurants.” Uber Eats’ gross bookings “surged 52% from last year’s first quarter to $4.68 billion,” the news outlet reported.

Reuters reported that the Uber Eats / Grubhub merger would be an all-stock combination, a deal some have valued at $6 billion. Uber has a market capitalization of $59 billion, and Grubhub is at $5.3 billion, according to CNBC.

Both Companies Surpassed by Competitor in 2019

The union could strengthen Grubhub’s and Uber Eats’ market position after losing the two top slots to former third-place participant DoorDash Inc. According to market analysts at Second Measure, DoorDash leap-frogged over Grubhub and Uber Eats to capture a third of all digital food delivery sales in the U.S. market in 2019.

Here is how the market shifted:

In their letter to the Antitrust Division and the FTC, the senators wrote: “As our country grapples with the many health and safety challenges brought about by the coronavirus (COVID-19) pandemic, many consumers have turned to food delivery apps to order meals online, and many restaurants have come to rely on the business they get through these apps to stay afloat."

"A merger of Uber Eats and Grubhub would combine two of the three largest food delivery application providers and raise serious competition issues in many markets around the country," they wrote, urging the agencies to dig into a deal, should the companies reach an agreement.

Clearly, a bid to control nearly half of the booming food-delivery market should raise concerns for antitrust enforcers, restaurants who depend on these platforms to deliver their food, and customers. As Cowen & Co. analyst Andrew Charles stated in a recent report about the proposed merger, “consolidation makes sense as scale and reduced competition can help ease cost pressures.”

Read between the lines: controlling almost half of the market will make it easier to raise prices to customers and take a greater share from restaurants.

Expect private plaintiffs and government enforcers to take a careful look at this one.