Axon faces an uphill battle given the federal government’s widespread use of ALJs.

“If that procedure sounds unfair, that’s because it is.”

That’s how Axon Enterprise, Inc. describes the inner workings of the Federal Trade Commission, calling it a “constitutional anomaly” that has the near absolute power, free of political accountability, to both prosecute and pass final judgment on the appropriateness of corporate mergers and acquisitions. 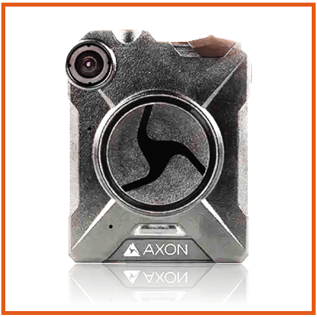 Axon designs and manufactures non-lethal police equipment, such as body cameras and digital evidence management systems. In 2018 it acquired Vievu LLC, which Axon says was a failing enterprise that was unable to fulfill its contract with the New York City Police Department. According to Axon, this acquisition did not adversely affect the competitive landscape, which has many well-funded competitors, several new entrants, and enjoys low barriers to entry.

However, on Dec. 23, 2019, the FTC demanded that Axon undo the acquisition. Among other things, the FTC highlighted non-monetary aspects of the deal such as a 12-year noncompete clause agreed to by Vievu’s parent company, Safariland. Axon protests that the measures demanded by the FTC force it to disclose its valuable intellectual property, provide technical assistance to its competitors, act as a nonprofit subcontractor, and even facilitate the recruitment of Axon employees. Axon responded by offering to divest the Vievu assets, including improvements Axon made to the Vievu products. It also offered any buyer $5 million in working capital.

Not satisfied, the FTC also wanted Axon to grant any buyer a license to all of the intellectual property behind Axon’s bodycams and evidence systems. The Commission’s staff issued an administrative complaint on Jan. 3 according to a procedure named for Part 3 of the FTC’s rules. In Part 3 proceedings, the Commission’s staff presents its case to an FTC Administrative Law Judge, whose decision can then be appealed to the full Commission. In recent years, the ALJ decisions in Part 3 proceedings has been affirmed upwards of 90% of the time. Respondents can appeal the Commission’s final decision to any U.S. Court of Appeals. Some observers have likened hearings before the FTC’s own ALJs as a “kangaroo court,” because the outcome of a Part 3 proceeding is all but a foregone conclusion.

Axon: Where is our due process?

Saying its innovations took 10 years and $200 million to develop, Axon charges the FTC is forcing the company essentially to create a new and improved Vievu on Axon’s back. “In other words,” Axon says, “the FTC is seeking to deprive Axon of its intellectual property without Due Process, an unprecedented ultimatum that sends a chilling message to the nation’s technology-based industries.”

“The Constitution was designed to prevent exactly the kind of unfair, unaccountable, and unchecked governmental action being exercised against Axon,” the company says. “The ‘essential constitutional promise’ of Due Process is the right to a ‘fair opportunity to rebut the Government’s factual assertions before a neutral decisionmaker.’ …. The FTC would deny Axon that right, by serving as prosecutor, judge, and jury in its own administrative process.”

The company says the FTC is denying it Equal Protection by subjecting it to a “biased administrative proceeding with a preordained result.” Typically, when the FTC or the Department of Justice challenge mergers they do so before a federal court judge, where the transacting companies are able to litigate the merits of their merger before a neutral arbiter.

Axon claims the FTC is violating the constitution’s Vesting Clause, which gives to the President ultimate law-enforcement power. “But the FTC would deny Axon that protection as well, subjecting it to an unfair prosecution run entirely by Commissioners accountable to neither the People nor the President,” the company argues.

The FTC wields both a “mighty sword” and a “massive shield,” Axon argues, and has “leveraged that power against American companies indiscriminately” for decades. Axon wants to bring that to an end, filing a federal lawsuit in District Court in Arizona seeking to have the FTC’s structure and procedures declared unconstitutional and a ruling that its Vievu acquisition was lawful. Axon asks that the FTC and its Commissioners be enjoined from pursuing further action against it.

Axon faces an uphill battle convincing a federal judge of the unconstitutionality of a feature of the federal government that has been well understood and accepted for close to a century. Today, more than thirty-five federal agencies in addition to the FTC employ ALJs to hold hearings and decide controversies within their agencies’ competence. The Social Security Administration alone has more than a thousand ALJs who convene three quarters of a million hearings every year.

Axon is not the first to notice that the FTC’s own ALJs have enjoyed a nearly unbroken “winning streak” on review by the Commission over the past two decades. But in a 2016 study of Part 3 matters since 1977 former Commissioner Maureen Ohlhausen found scant support for the notion that the FTC’s procedure was systematically biased. Of the 90 antitrust cases in that period in which an ALJ’s decision was reviewed by the full Commission, 36 of them (or 40%), were dismissed outright. In other cases, the Commission struck counts or otherwise narrowed the ALJ’s decision.

In the last two decades, the FTC issued only 28 Part 3 decisions, and while the FTC imposed liability in more than 80% of them, they decided far fewer cases compared to the earlier two decades when the liability rate was closer to 60%. More discriminating case selection during recent decades is just as plausible an explanation for the ALJ’s winning streak as systematic bias. Commissioner Ohlhausen also found that in a vast majority of cases the Commission reviewing the ALJ’s decision was not the same Commission that voted out the complaint.

Although Americans expect to have their day in court, in this case respondents will get three days in court. The ALJ’s decision is reviewed by the full Commission, and that decision may then be appealed to a U.S. Circuit Court of Appeals. Ohlhausen noted that the FTC in the past 20 years has won 100% of the Part 3 cases appealed to a Circuit Court, evidence that the agency is simply bringing very strong Part 3 cases.

Merging parties will do almost anything to get on with their transaction rather than submit to a Part 3 proceeding. In 2011, AT&T and T-Mobile were unwilling to put their merger on hold for the year or more the administrative process would have required. They walked away from the deal, instead.

Inconvenient, But Hardly a Kangaroo Court

But in this case, Axon has already acquired Vievu. The seemingly draconian remedy requested by staff in its complaint is far from a foregone conclusion. Even if the ALJ agrees, it will have to survive Commission review and, potentially, a judicial appeal in a Circuit Court of Axon’s choosing. Axon may find a sympathetic ear in the ALJ, the Commission, or Circuit Court if (as Axon claims) Vievu falls squarely within the “failing firm” safe harbor defense, meaning the firm was unlikely to survive and there were no other willing buyers. This is most certainly inconvenient, but it hardly qualifies as a kangaroo court bereft of due process.

It is hard to imagine what Axon hopes to accomplish with its constitutional challenge to procedures at the FTC that are typical of all the federal agencies, unless it is to levy some high-profile criticism of what some pejoratively call “the administrative state.” But that is hardly a defense to the Commission’s accusation that Axon’s acquisition of its closest competitor is an unlawful violation of the antitrust laws.

It is clear that the FTC staff has concluded that Axon’s acquisition of Vievu removed a significant independent competitor from the market for body-worn camera systems for large metropolitan police departments, resulting in a substantial loss of competition in that market.

While they acknowledge the presence of other suppliers, such as Motorola, Panasonic, WatchGuard and Utility, the products sold by those firms are not substitutes for the integrated camera hardware and “digital evidence management systems” designed for large police departments sold by Axon and Vievu. The FTC complaint alleges that Axon’s prices have already increased as a result of the acquisition of its closest competitor.

Tacked on to Axon’s constitutional challenge to the statutory organization of the FTC was a request to the Arizona federal court that it declare the Vievu transaction lawful. The federal Declaratory Judgment Act requires an actual “case or controversy” appropriate for a federal court to resolve. These requirements are not likely to be met if the judge can point to an ongoing proceeding designed to adjudicate the very same case or controversy. So, unless the court entirely nullifies the FTC’s Part 3 authority, Axon will find itself back where it started: defending the merits of a merger of a dominant supplier with its closest competitor before an FTC staff with a persuasive case that the transaction is anticompetitive.

Co-Founder, Partner Jonathan Rubin focuses his legal practice exclusively on antitrust and competition law and policy. Based in Washington, DC, he has litigated and led trial teams in major antitrust cases throughout the country.