California’s College Athletes May Profit from Their Positions, Kicking Off a National Wave and a Bout with the NCAA

By enacting the FPTPA, California is knowingly breaking the amateurism rules set by the National Collegiate Athletics Association (NCAA)

September 30, 2019, was a big day for college athletics. Alongside Lakers’ star LeBron James (who ironically skipped college), California Governor Gavin Newsom signed the Fair Pay to Play Act (FPTPA), which permits collegiate athletes in California to profit from the use of their names, images and likenesses (NILs) beginning in 2023. The governor said “colleges and universities reap billions from these student athletes’ sacrifices and success but block them from earning a single dollar. That’s a bankrupt model — one that puts institutions ahead of the students they are supposed to serve.” 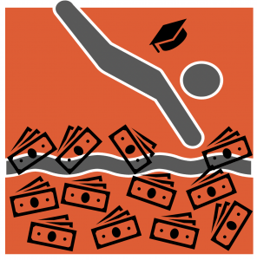 By enacting the FPTPA, California is knowingly breaking the amateurism rules set by the National Collegiate Athletics Association (NCAA), which preclude athletes from receiving compensation for their NILs beyond the cost of college attendance. The NCAA responded to the bill by threatening to ban all California member colleges from competing in NCAA championship events. The stage is now set for legal challenges from both sides.

By enacting the FPTPA, California is knowingly breaking the amateurism rules set by the National Collegiate Athletics Association (NCAA), which preclude athletes from receiving compensation for their NILs beyond the cost of college attendance. The NCAA responded to the bill by threatening to ban all California member colleges from competing in NCAA championship events. The stage is now set for legal challenges from both sides.

For context, the NCAA’s rules restricting students from receiving compensation for their NILs beyond the cost of attendance have been upheld by courts. In O’Bannon v. NCAA, the Ninth Circuit held in an antitrust class action that the NCAA’s rules were an unreasonable restraint of trade without procompetitive justifications to the extent they prevented schools from compensating players “up to the cost of attendance.” Alternatively, the court held the NCAA had procompetitive justifications for restricting compensation beyond that level because an essential element of the “collegiate sports” product is the amateur status of its participants, and that once athletes “have captured the full value of their NIL [name, image, and likeness] . . . the NCAA will have surrendered its amateurism principles entirely and transitioned from its ‘particular brand of football’ to minor league status.”

Whether the NCAA’s proposed ban of California member colleges violates antitrust laws is a different story. Arguably, by enacting the ban, the NCAA is a monopolist association excluding certain members for refusing to both violate state law and impose a restraint on competition (albeit a restraint that courts have found reasonable). The NCAA could therefore find itself subject to a claim for group boycott in violation of Section 1 of the Sherman Act, as a group of competitors with market power generally cannot agree to not do business with targeted entities.

Critics of the NCAA’s proposed ban could also argue it is an attempt by a private association to seize legislative power from a state government – a practice condemned by early Supreme Court antitrust decisions.

In sum, while there are legal hurdles for parties challenging the ban (e.g., defining a relevant market or proving market power), these plaintiffs may have a viable antitrust claim.

Legal scholars agree. Marc Edelman, a sports business expert and Professor of Law at the Zicklin School of Business, believes parties challenging the ban would have a very strong antitrust case, contending that “the fact pattern of such a litigation would parallel NCAA v. Bd. of Regents very closely, as both would involve plaintiff-members of the NCAA challenging a boycott by the monopolist trade association against certain member schools for seeking to engage in free market economic competition.” Likewise, California state Sen. Nancy Skinner, author of the FPTPA, stated that “[n]umerous legal scholars assert that SB 206 is constitutional and that an NCAA ban of California colleges from championship competition is a clear violation of federal antitrust law.”

The NCAA, on the other hand, will likely challenge the constitutionality of the FPTPA, arguing that it violates the dormant commerce clause. Put simply, the dormant commerce clause prohibits states from enacting legislation that discriminates against interstate commerce. The NCAA will argue the FPTPA does exactly this and will point to interstate commercial activities that could be negatively affected by the bill, such as interstate game broadcasting, sales and shipping of collegiate apparel across state lines, and interstate travel of collegiate players and coaches.

And the NCAA has had success challenging state laws under the dormant commerce clause. In NCAA v. Miller, the NCAA blocked a Nevada law that required additional due process protections for Nevada students and employees accused of an NCAA rules infraction. While the present situation is distinguishable (e.g., the FPTPA pertains to relationships between athletes and third parties – it does not impose an affirmative obligation on the NCAA), it is unclear whether these differences are enough to defeat the NCAA’s constitutional arguments.

It is also possible that the NCAA chooses to not enforce its ban or amends its rules to permit students to be paid for their NILs, as the ban could have significant economic and competitive consequences. California is not only the fifth largest economy in the world, but it also includes the 2nd, 6th, 20th, and 28th largest television markets in the country. California is also home to many of the most decorated collegiate sports programs in the country. Stanford University has won the Directors’ Cup – awarded to the school with the most success in various NCAA sponsored championships – 25 years in a row. And UCLA and USC have finished in the top-10 a combined 38 times during that period.

Additionally, by the time the FPTPA becomes effective in 2023, many more states will likely have passed similar legislation. Florida, Illinois, New York, and South Carolina have introduced comparable bills. A bill was introduced in Washington State in February 2019 and is currently with the Senate Ways & Means Committee. The Tennessee Senate passed a resolution in May 2019 calling on the state’s universities to oppose the NCAA’s ban on compensation for athletes as a violation of the free-market principle of economic freedom. North Carolina’s legislature set up a committee to study the issue and has drafted a report and proposed legislation. Other states, including Ohio, are considering bills.

If multiple states pass bills that mirror the FPTPA, then the NCAA’s hands may be tied. It will be hard for the NCAA to ban several states from competing and also retain its legitimacy.

While difficult to predict the impact of the FPTPA, unless the NCAA successfully quashes it and other similar legislation, we can be fairly certain that the collegiate sports landscape will look much different in the not-too-distant future.

Mr. LaComb is an Associate in MoginRubin LLP’s San Diego office and his practice focuses on antitrust, unfair competition, and complex business litigation, particularly as they relate to mergers and acquisitions.