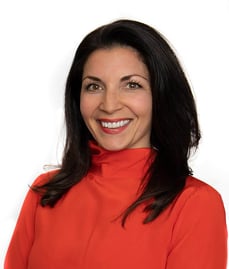 Marking the first cannabis industry antitrust case to reach trial, a California jury on Sept. 23, 2021, returned a $5 million verdict to the Richmond Compassionate Care Collective (RCCC). Under the state’s Cartwright Act, the damages will be trebled to $15 million, plus attorney fees. Judge Edward G. Weil presided over the trial.

RCCC argued that the defendants, RPG’s director-operators, sabotaged it by giving landlords with available properties phony leases, letters of intent, and purchase agreements to tie up properties until RCCC’s permit expired. RPG even went door-to-door, RCCC maintained, to try to convince landlords not to rent to the company. RPG also demanded non-compete clauses in its own commercial leases to prevent landlords from leasing to its potential new competitor. Further, RPG worked to change the city’s laws, reduce the number of permits (which happened), and influence officials to deny RCCC a permit, the company charged. While attempts to influence government may not themselves establish liability, RCCC argued that such conduct shed light on the “purpose and character” of the defendants.

According to Richmond (Calif.) Marijuana Ordinance No. 28-10 N.S., permit holders have six months to open a location. RCCC said RPG’s interference allowed the clock to run out, causing RCCC to lose its permit and, as a result, millions of dollars. The defendants’ ploy constituted an “unlawful group boycott,” a clear violation of the Cartwright Act, RCCC alleged.

Given the enormous revenue potential in this industry, competition will continue to be fierce.

This was a hard-won battle for RCCC’s owners. The original lawsuit was filed in 2016 against 11 defendants, which filed a successful joint motion under California’s anti-SLAPP (Strategic Lawsuits Against Public Participation) statute. Superior Court Judge Barry P. Goode granted the motion on the grounds that the complaint was attacking protected free speech activity; that is, efforts to mobilize and vocalize public opposition before City Council. Judge Goode noted that while it is possible that the defendants’ activities might be protected, they failed to show how, and much of the alleged conduct was “incidental” to RCCC’s antitrust claims. Pursuing the surviving antitrust claims, RCCC filed several amended complaints before aiming their case at the individuals at the center of the plan to block its business.

As I wrote in my April 11, 2019 post, given the enormous revenue potential in this industry, competition will continue to be fierce and these cases will become more frequent. It is a highly regulated and inherently regional and local business. Dispensaries must secure precious government licenses. Product cannot be purchased online so customers must travel to local dispensaries. With these conditions in place it is inevitable that some cannabis companies will be blocked from a regional market or squeezed out by competitors’ exclusionary behavior. As the facts of this case illustrate, more antitrust litigation in this industry is a certainty.